The Problem With Statistical Evidence
Atheists to man made Gods, Agnostic to the unknown and undiscovered

Why Government Defers To Science Rather Than Science Deferring To Government 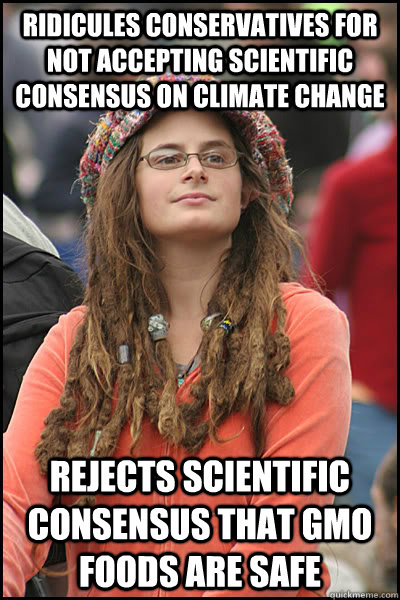 We live in a very troubling time for humanity. Nobody seems to know what they are talking about, and nobody seems to give a second thought to what they base their beliefs on. There is a healthy amount of critical thinking to be done in this world yet we are simultaneously excessively skeptical of some things while insufficient with our skepticism in others.

I have a habit of adding people to my circle of friends who dare question facts and I have encountered many people who feel that the global scientific consensus bows to the governments will.

I am concerned about this.  I think that there are not enough people who are scientifically literate and I believe that science gets misrepresented in politics. Politics is the only place where we see people deny facts which then seriously affect our world. People mistake the quest for truth and evidence-based belief as being something that has been bought out with rigged results. They think the truth is being hidden from them and they correlate that with fear propaganda.

But I believe the opposite to be true, that real science and real evidence is independent of government. Governments are far from perfect worldwide.. But science does not need to defer to government for its answers. When the government or the average person do not indulge in wishful thinking, but invest themselves in the quest for truth then that government or individual will defer to science. We have anti-GMO people who, with a healthy amount of skepticism, have had their minds changed when presented with the evidence – like Bill Nye. And then we have people on Facebook like Food Babe who make absurd claims that everything GMO, for example, has a shit load of toxins in it. Instead of presenting objectively both the negative and positive effects of GMO foods, this person has repeatedly made the claim that the food industry does not care about feeding the people of the world but that they are simply keeping secrets out of greed. By purposely ignoring real evidence and casting excessive doubt onto the scientific consensus she is misleading hundreds of thousands of people.

And she is doing this solely to satisfy her own greed.  She is selling books and making money off of other people while remaining scientifically illiterate.  This is despicable beyond belief. It has brought me personally  great anguish to see my high school teachers follow her page. This is not about something even as far out as creationism.  It is about my educators being scientifically illiterate enough to fall for someone who is essentially a con artist. This reminds me of a quote from Neil DeGrass Tyson:

I worry for my city and my world when I realize things of this nature. I don’t think she should be fired from her job, but she definitely should be retrained in science education and appropriate skepticism. We have some free thinking individuals in our government who are open-minded in regard to scientific evidence.  I believe that is how everyone should be – and I  believe that that is the type of person everyone should vote for. Only when government defers to scientific consensus do facts become clear to the masses, provided they are scientifically literate themselves. Anti Vaxxers do not understand that they put others at risk when they do not vaccinate themselves or their children. People see a scary image on their timeline and cling to it for safety even though it is a delusion. It is like a blind man mistaking his seeing eye dog for a scorpion and it will prove to be deadly for us if we do not do more to correct it.

The reason why government defers to science is because it is their duty to protect the citizens well-being and maintain national security. The  general population seems to be at odds with the scientific community when it comes to opinions and facts, according to Pew polls. The  question is: How do we solve this problem of over-skepticism as well as gullibility? If it is a matter of more education should we make higher education more affordable? Should we lay a heavier stress on teaching the scientific method?  There are many ways in which we can combat this horrifying situational ignorance.  The scientific community should continue to work hard to present reason and evidence to the people so they can willingly make the right choices without feeling forced to do things against their will. Scientific literacy is extremely important in our modern world.

Thank you for reading.

(And shout out to Science Babe for dissecting all of the Food Babe’s bullshit… We can smell it from miles away Vani.)

The Problem With Statistical Evidence
Atheists to man made Gods, Agnostic to the unknown and undiscovered

Scientific Literacy Matters (SLM) is a non profit organization that works to promote scientific literacy in society with the long term goal of creating a better world.